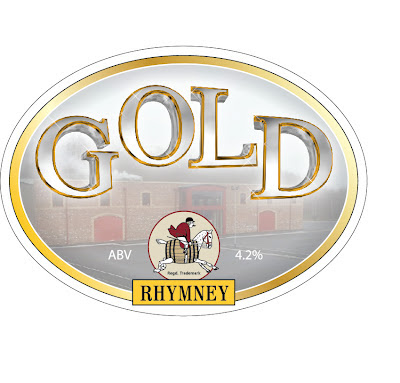 The current Champion Beer of Wales brewers, Rhymney Brewery are, this week, launching a new beer, their first new beer since moving to their newly-built plant at Blaenavon.
The 4.2% Gold Beer is the first light beer brewed by the brewery as the other light brews were all lagers but this hoppy golden ale contains 6 varities of malt and is hopped with Fuggles and First Gold.
Described by the brewer as "Blonde and Brassy", this is a welcome addition to their award-winning ramge of beers.
The beer will available in their pubs and this weekend at the beer festival in the Capel, Gilfach Fargoed.