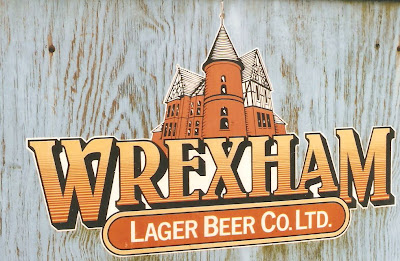 One of Wales most historic beers is being brewed again in Wrexham and will hopefully be in pubs by the end of August. Wrexham Lager, first brewed 130 years ago will once again be flowing from the town that was known as 'The Burton of Wales'.
Wrexham Lager returns to the pub

From the BBC:
Pub-goers in Wrexham will soon be able to drink a pint of one of Britain's oldest lagers as the Wrexham brand is revived.

They estimate the first kegs of the lager will be ready by the end of August.

Ian Dale said he would be following the brew's recipe from the 1970s.

That was when the lager was at 4% strength before it was changed to 3.2% after the merger with Carlsberg.

"They've gone for the best equipment possible, and the new plant is second to none. The fact that this plant is much smaller doesn't matter.

"We're going to start off slowly though, let the new plant bed in and get established."

The lager will be available only in kegs, and sold to local pubs for the time being.

The brewery is located in one of the old warehouses of the Roberts brothers' distribution firm, F Jones.

"We had a business which had outgrown the premises, and we were wondering what to do with it," explained Mark Roberts.

"I wondered whatever had happened to the previous start-ups for Wrexham Lager, so spoke to Ian about what would be needed to bring it back.

"We travelled to America and round Europe in search of the best equipment, but in the end we decided to go with a German family-run firm which are the oldest makers of [lager] brewing equipment in the world.

"We did our homework because it was an important decision to make."

The new brew will currently only be available in pubs

The new-look Wrexham Lager will sport a logo which Mark Roberts sad encapsulated the town's history.

"We use the Welsh colours, have a dragon and also a football inside a rugby ball, as we do have a great tradition for rugby, be we didn't want to leave out the football fans," he explained.

"Then we've got the gold for hopefully future success and the black for Wrexham's coal mining days."

Brewing of Wrexham Lager had come to an end in 2000.

German engineers from Kaspar Schulz are currently fitting out the new micro-brewery before brewing begins later this month. 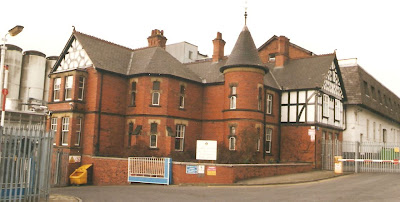 Above: The entrance to the former Wrexham Lager Brewery, shortly before closure, when it was owned by Carlsberg-Tetley

Will this count as "craft lager"? (gets coat)

But an interesting sign of how the new brewery movement is increasingly expanding beyond the cask sector. Actually I think lager offers a big opportunity for new small brewers.