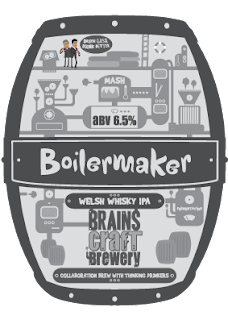 Boilermaker, a collaboration brew between Welsh brewer Brains and Thinking Drinkers (aka Ben McFarland and Tom Sandham) will soon be available in Morrisons stores throughout the UK. 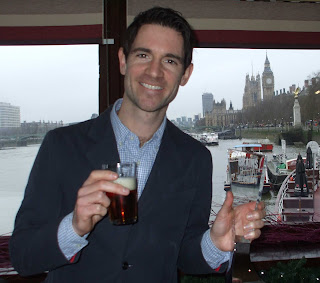 Thinking Drinkers, award-winning beer writers and the brains behind the acclaimed comedic show ‘The Thinking Drinker’s Guide to Alcohol’, brewed the Penderyn-whisky based India Pale Ale with Brains in 2012 in their small craft brewery plant as part of Brains’ IPA Challenge. Boilermaker was crowned the winner of the Challenge by a panel of independent judges at an event in London in December.

This latest Morrisons deal will see the beer stocked in over 320 stores nationwide.

Boilermaker is the second Brains craft beer to gain national listings. Barry Island IPA, a 6% American-style IPA, is available nationwide in Morrisons and in Tesco.

Paul Harvey, head of retail multiple groups, said; “We are delighted that our major customers can see the opportunity that our craft beer range offers the beer category, and we are looking forward to working together to give new and existing consumers more and more variety underpinning our 130 years of brewing credentials”.

TASTING NOTES
Boilermaker is a copper-coloured IPA brewed with Ben and Tom from Thinking Drinkers. Brewed with Chinook, Simcoe, Cascade and Willamette hops and matured with Penderyn whisky infused oak chips in casks from the distillery, the arts of distillation and brewing combine to create an epic Welsh IPA adorned with a fragrant citrus aroma, a touch of spice with hints of vanilla and a warm whisky finish.