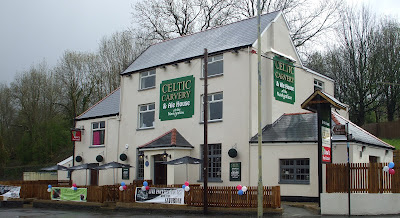 
Situated on the outskirts of Abercynon, the Navigation, an unusually tall building for the valleys, has recently reopened after nearly 2 years of being closed. The pub is branded as a 'Celtic Carvery and Alehouse' and is owned by a brand new brewery, Tiny Rebel, from Newport.


Abercynon was originally known as Navigation and this pub was once the offices of the canal company as the canal used to run outside the pub where the road is today. As well as the canal, the first ever train journey, made by Trevithick in 1804 terminated here. There is a blue plaque on the exterior of the pub commemorating its historic significance and today the 'Taff Trail' passes outside the pub. 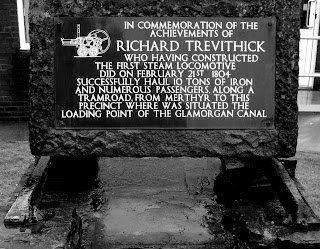 The Navigation encompasses various buildings of different dates but the three-storey central core appears to be the oldest part of the pub. The central porched doorway leads into the bar area with an impressively carved dark wooden bar taking up a quarter of the room. The bar back is equally impressive with more carving and an inset mirror, the interior of the Navigation has been completely refurbished with wooden panels on the walls and balustrades on the way to one of the side rooms. Three real ales are served from gleaming chrome handpumps, at least one of which will be from the Tiny Rebel Brewery as this is there 'Brewery Tap'. Other real ales can be Sharps Doombar or Arbor Ales Hunny Beer. The pub also features an extensive wine list, mounted on the wall to the side of the bar.To the right of the bar is a separate dining area which leads out to the outside area with bench tables. To the left of the bar the area is more for the drinker than the diner with sport on the flat screen television. This area stretches out to the back of the pub and is surprisingly spacious with a further raised area to the rear. The thickness of the old walls of the original building are evident in the passageways to the side rooms. A 'Fun Factory' area for children will be opening in the pub later on in the Summer, thankfully in a separate part of the pub from that used by those of us who wish to drink and dine. 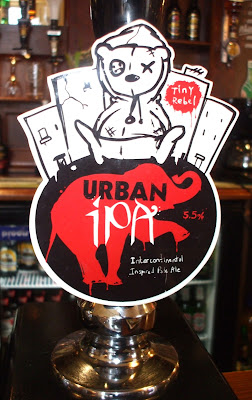 Above: This is not a session beer, despite the attempt by the Brew Wales editor to prove otherwise
Food is served all day from a carvery menu, that uses Welsh ingredients wherever possible. The Navigation features live music on Saturdays.

There is a bus stop close by to the Navigation and Abercynon train station is nearby, alternatively the pub has a large car park and is easily reached, being just off the A470 between Pontypridd and Merthyr.

Google Map:
Slightly location at moment, waiting for Google to change it! 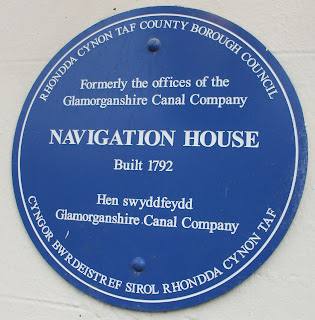