The historic Vulcan pub in Cardiff has been saved for the nation and will be rebuilt at St Fagans Musuem. As someone who has been involved in trying to save the pub for years this is great news that the pub will rebuilt at the national museum. In fact I can remember saying that in the Western Mail some 12 years ago that this pub should be preserved for the nation, now finally, just a few weeks before the threatened demolition of the pub, the Vulcan has been saved and will be rebuilt at St Fagans Museum for future generations to enjoy. 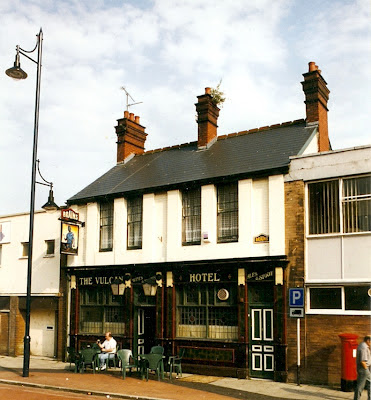 Following the decision to close the Vulcan Hotel, Cardiff, the property’s owners Marcol Asset Management Limited, have agreed to donate it to St Fagans: National History Museum in order to preserve the building for the Nation.

The Vulcan was built in 1853 to serve the new, mainly Irish, community in Adamsdown then known as New Town.  The exterior of the two storey building is virtually unchanged, the lower half of the façade being tiled in green and white and the upper floor faced in brick. 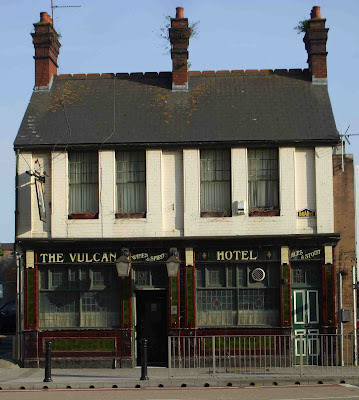 With the agreement of Marcol and licensees Gwyn and Sandra Lewis, the tenants, SA Brain & Co Ltd, today (Friday 4th May) closed the Vulcan. St Fagans staff will now move in to measure, photograph and document the building, before dismantling and placing it in storage.
Scott Waddington, Chief Executive at Brains said:
“It is with regret that we confirm that the Vulcan pub has closed as of today. As we have previously stated, and despite attempts to attract more customers, the pub is no longer commercially viable for either Brains or the tenant who operated the pub.

“We have found ourselves the target of negative publicity as a result of us having to sell a pub due to a compulsory purchase order to accommodate the St David’s 2 development some four years ago. In essence, we had no other option than to sell the pub. We have kept the pub trading over this period despite declining customer numbers and therefore income. The uncertainty surrounding the future of the premises has also made justifying any significant investment in the pub unrealistic.

“Brains continue to invest in the City, with some of the most recent refurbishments being Greenwood & Brown, The Duke of Wellington and The City Arms which has recently won CAMRA, Cardiff pub of the year.

“The Vulcan is an important part of our history, which is why we have been working with its owner, Marcol, and the National History Museum, to relocate the building to St Fagans and preserve the history of the pub for the future.” 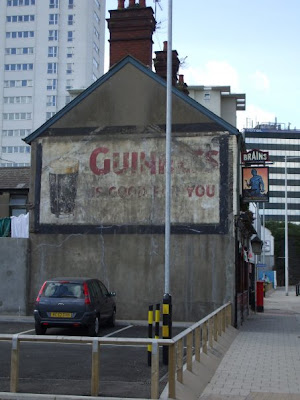 “We, and our family, would like to thank all the customers who have supported the pub since we took over two years ago. We look forward to visiting St Fagans and will have good memories of the short time we were at the Vulcan.”

“The Vulcan hotel will be a welcome addition to the collection of historical buildings at St Fagans.  We are grateful to Marcol for donating the building and giving us the opportunity to save and preserve this important part of Cardiff’s heritage for the nation and to tell some of the area’s rich history.”

“We are also very grateful to Brains for their willingness to assist us as we ensure the historical accuracy of the fittings used in the Vulcan before we eventually rebuild at St Fagans.”

Due to current commitments, work on rebuilding the Vulcan is not expected to start for several years. In the meantime, Museum curators will work on an interpretation strategy to decide on how and which period to display the building.”
An appeal will be made for photographs, objects and stories relating to the Vulcan and its history.

Background on The Vulcan pub:

1914 Vulcan was altered by Cardiff architect Fred Veall, who is normally associated with the Ebbw Vale steelworks general offices
1956 The Vulcan was purchased by Cardiff brewers SA Brain, from wine merchants Greenwood & Brown, together with 4 other pubs for around £100,000. The other pubs were the York Hotel on Canal Wharf (Still standing but has been closed for 20 years and is awaiting demolition), Model Inn (still open but as Greenwood & Brown Restaurant), Ship Hotel (closed), Cross Inn on Newport Road, Rumney (still open)
1957 It was around this time that a refurbishment occurred, with the pub attaining its present layout. The lounge to the rear was created by converting the landlords' private accomodation.
1967 Nearby pubs such as The Crichton Arms, the Cambridge and The Duke of Edinburgh were demolished as the Little Ireland area of Newtown was 'improved'.
1997 The Vulcan is awarded 'Pub of the Year' by the Cardiff Branch of CAMRA, the Campaign for Real Ale.
2005: Brains given compulsory purchase order for the Vulcan so land could be used as a car park while St David’s 2 is built. Compulsory Purchase Order was made by the Welsh Development Agency on beh
2007: The South Wales Echo reveals it was not sold to St David’s 2, but bought by businessman Derek Rapport (Marcol Asset Management) for £500,000.
2008: Cadw rejects attempts to list property.
2008                 Brains sells The Vulcan to Marcol (Compulsory Purchase Order as part of the St David’s 2 development plans)

2009 January. Over 150 people attend a public meeting at the Atrium to try and Save the Vulcan.

2009 February: Campaigners give 5,000-name petition to the Assembly Petitions Committee.

2009 March: Cadw urged to step in after campaigners offer new evidence of historical worth.
2009 March. The Vulcan is awarded 'Pub of the Year' by the Cardiff Branch of CAMRA, the Campaign for Real Ale.

2009 April: Drinkers were told the pub would stay open for at least another three years after being given a reprieve.
2009                 Brains agreed to operate the pub until May 2012
2010 February: A Welsh Assembly Government report calls for a change in legislation to give more powers to local authorities to safeguard the future of “culturally significant” buildings like The Vulcan.
2009 – 2012      Marcol, National Museum Wales & Brains discuss the relocation of the Vulcan to St Fagans Museum.

Labels: SA Brain, Save the Vulcan

I'd never drunk their and went to go last sunday with a friend only to find it closed. Glad to see it will be preserved though.

Slight mistake in the history. Newtown was south of the railway. The area around the Vulcan was called Tredegarville in the 19th century. The land was part of the Tredegar House Estate.