Calling Time series on the BBC

Tonight will see a new four-part documentary series on BBC One Wales entitled 'Calling Time' which follows pub landlords as they try and keep afloat during the recession. 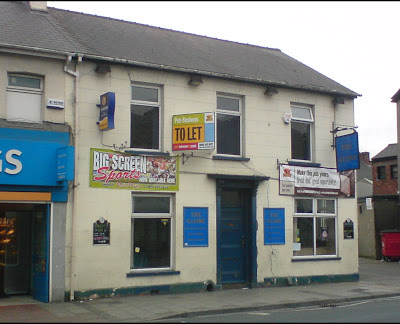 Episode 2, 21.11.11, 2235hrs:
Investor Tina is back from Spain and meeting unexpected hurdles with her renovation. Landlady Lorraine comes to a final decision on her pub in Caerleon, and Brains brewery takes drastic measures to secure the future of a Cardiff boozer.
Available on BBC iPlayer

Episode 3, 28.11.11,. 2235hrs:
Three regulars live out their dreams by taking over their local pub in Carmarthen. However, a costly plan to brew their own ale could end in disaster for the inexperienced landlords, as they try to bring in the custom without breaking the bank
No details of episodes 4 as yet but I did film a piece for the series in the Vulcan in Cardiff.