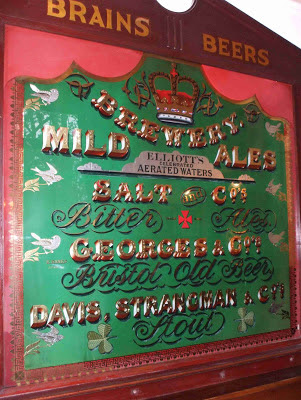 Sign in the Heath pub, Cardiff. This sign seems to have done the rounds of Brains pubs before settling down in here. It used to hang in the Duke of Wellington in the Hayes but before that it was in the notorious Custom House which used to be owned by the Burnham Brewery as a photo taken during WWII shows.