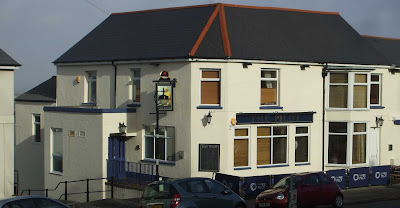 The Pilot is a Victorian pub situated on the North side of Penarth, overlooking Cardiff Bay and the City. The pub is marked on the 1880 map of the area, whilst most of the surrounding area was being developed. The original building is the one adjacent to the steep lane, it has since been expanded into an adjoining house. The pub features a colourful pub sign with a picture of a rugged-looking seaman at the wheel of his boat in stormy seas. 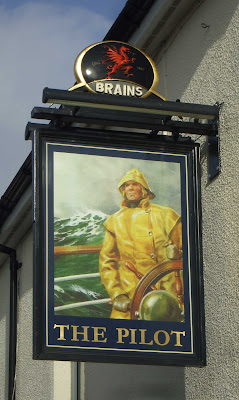 Below the sign, on the corner, is the pub entrance, this leads to an entrance hall with the bar on the right, towards the front and the lounge on the left at the rear. The large bar is bright and features painted wood panelling throughout. An eclectic mix of seating is available throughout the pub, from couches to unusual chairs. 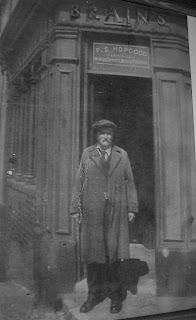 An old photo of one of the pub regulars can be seen in the pub, and the doorway was originally in the corner of the building. The front room is the perfect place to experience the rays of the afternoon sun before it sets below the hill on which Penarth is situated upon. There are also tables outside the pub for smokers or those who prefer outdoor eating and drinking.

There are four gleaming chrome handpumps on the bar serving real ales, with most of the beers coming from Brain's, although with guests ales from breweries such as Otley, Arbor or Dorset breweries. A more unusual beer is the Milk Stout from the Bristol Beer Factory which will be on this weekend and beers from Brains Craft Brewery are also on sale when available. Bottled Budvar from the Czech Republic is also available along with Brains SA Gold and Dark in bottles, together with an extensive wine list. The Pilot is owned by Wales' largest real ale brewer, SA Brain, but is leased to award-winning pub group Knife & Fork Food Limited who also run the New Conway in Pontcanna and the Old Swan in Llantwit Major. 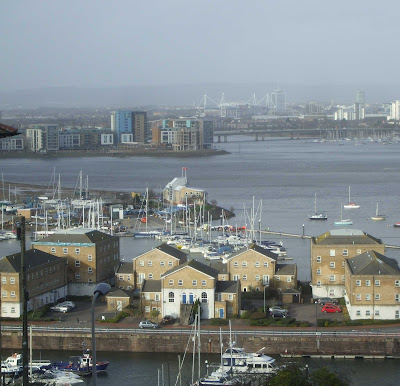 The rear room features a wood-burning stove and an impressive view across Cardiff Bay towards the City Centre. There is a large-projection screen television used for major sporting events such as the Six Nations. Sunday nights are quiz nights in the Pilot. 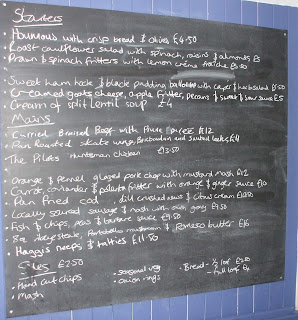 Food is served all day from extensive chalkboard menu with dishes such as orange and fennel glazed pork with mustard mash together with more traditional pub fayre such as fish and chips or even haggis, neeps and tatties, a favourite of the Scottish-born pub chef.
Free WiFi.