Chavwatch - an occasional series devoted to Newport and the surrounding areas.
I took the photo below a few years ago and posted it here, well 3 years later and has the Greyhound pub in High Street improved at all? 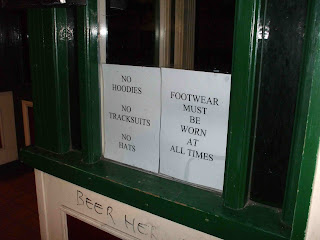 Not according to Gwent Police who are looking for a visitor to this establishment.

Gwent Police is appealing for information on an assault that took place in the Greyhound pub in Newport city centre in the early hours of New Year's Day.
It took place inside the pub at around 2am. Two women in their early 30s, from the Newport area, were assaulted by another woman. Both suffered facial injuries, with one requiring hospital treatment.
Officers are appealing for any members of the public who saw the incident to come forward. They are particularly keen to speak to a woman, pictured, who was in the pub at the time and could hold vital information which could help officers with their investigation.
If you witnessed the incident, or have any other information, please call 101 or Crimestoppers on 0800 555111.

Well, I'll forgive the local Rozzers their grammar error - surely Gwent Police is plural not singular? Gwent Police ARE appealing not IS! Still its taken them almost 2 months to publish this information so don't expect the doughnut-munching rozzers of Newport to catch the chavette who did this. In the meantime here are some fantastic CCTV shots of  "A woman who may have information". 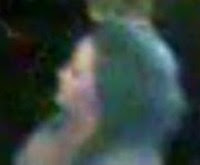 Newport is the type of City that only the likes of Eric Joyce MP would fully appreciate.

Update:
I've been sent this photo of a notice inside the pub 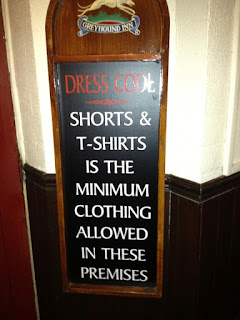