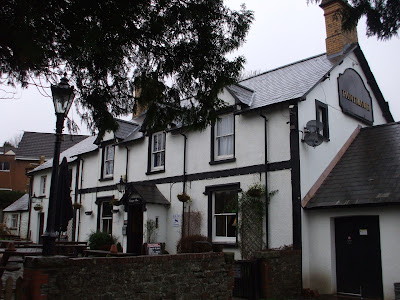 The Pantmawr is a bit difficult to find but luckily there are a few signposts pointing the way: 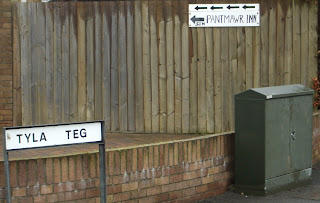 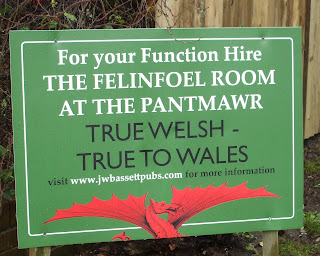 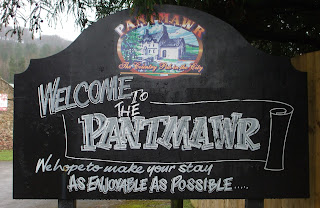 The Pantmawr is set in its' own extensive grounds and parts of this stone-built building date back to 1828, although it was rebuilt in 1898 and refurbished only recently. 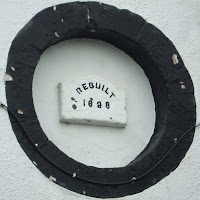 The old buildings, built out of rough-hewn stone, were originally a farmhouse and associated farm buildings, it became a pub in 1960 when the local estate was built. The pub is a bit difficult to find, being at the centre of the estate and not on any main road but it is definetly worth seeking out. Originally a Hancocks/Welsh Brewers pub, ownership passed to Mitchells & Butlers who lease it to local pub company JW Bassett. A few years ago Mitchells & Butlers attempted to redevelop the site for housing but after an extensive campaign by the local community the Pantmawr Inn was saved and today the pub is a busy local serving the community. 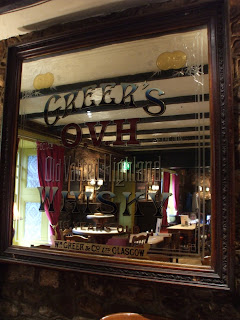 The black and white exterior leads to to a large bare stone-walled interior, decorated with old breweriana and chalkboards advertising forthcoming events such as the annual mouse race. 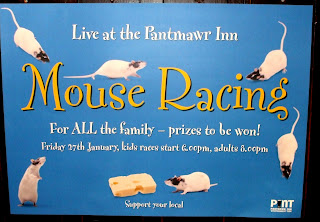 The wooden bar features 5 gleaming brass handpumps serving Felinfoel Best Bitter, Double Dragon , Brains Bitter and two guests with beers such as Doombar from Sharp's in Cornwall or Red Castle Cream from nearby Newman's Brewery in Caerphilly. Another local beer that features regularly on the bar is Otley O1 from Pontypridd. The beers are served in branded glassware wherever possible.
The large bar area with its wooden beams on the ceiling also features a real fire and a huge old mirror advertising a long-gone Highland Whisky from Glasgow dominates one wall. Flat-screen televisions are mounted on the walls for major sporting matches.
To the side of the bar a passageway has been cut through the thick stone wall into what is called the 'Snug', with the pub dartboard and a retro games machine that features the old arcade classics such as PacMan and Millipede.
Outside, the Pantmawr features extensive parking as well as a patio area with seats that leads on to a grassed area with a slide for children. The Pantmawr Inn also features a function room with bar that is available for hire. Free WiFi is also available.
Food is served all day from a traditional pub menu and separate children's menu, with a carvery on Sundays, grills feature on the menu along with a healthy option section listing options with the calories displayed. Daily specials feature throughout the week with cheaper beer prices on Mondays, pizza deals on Tuesdays, curries on Thursday nights and an offer on children's meals on Fridays after 4.
Google Map:
View Larger Map
Traveline Cymru Info: