According to the British Beer & Pub Association's Beer Barometer, pub beer sales are down 4.3% on last year.

Pub beer sales have remained disappointing, falling by 4.3 per cent from July to September– equivalent to 45 million fewer pints sold over the quarter compared with last year, or 488,000 fewer per day. While the rate of decline is slowing, it has not bottomed out. The BBPA is pointing out the key role of beer tax hikes in the disappointing figures. While real disposable incomes have fallen, huge beer tax rises are making one of life’s simple pleasures, a beer in the pub with friends, more and more unaffordable.

Overall, sales of beer were up 1.6 per cent on the same quarter of 2010. However the BBPA sounded a note of caution, as third quarter 2010 off-trade sales were particularly weak, partly as a result of surplus stocks being run down following the Football World Cup. This contributed to the comparative success of the supermarkets, with a 9.1 per cent increase in sales in the third quarter.

“It is good to see some growth in the beer market overall, and we are seeing some new pubs opening, with successful operators innovating, and broadening their offer to consumers.

“However, there is no doubt that pubs continue to bear the brunt of Britain’s punitive tax policies on beer. We’ve seen Beer Tax rise by 35 per cent since March 2008, with Britons now paying an astonishing 40 per cent of all the beer taxes collected in the entire European Union. This is still shutting pubs and costing jobs, in a sector that could create growth in the economy.

“We know that given the right tax and regulatory environment we can grow the sector, hiring more staff, adding to the nation’s wealth and maintaining our proud pub heritage. We certainly don’t need the further beer tax rises the Government is planning under a misguided tax escalator policy. Instead, we want to welcome everyone to support their local pub and play their part in their local community.”

There is a reason apart from tax why pubs continue to lose sales but both the BBPA and CAMRA fail to see the elephant in the room: 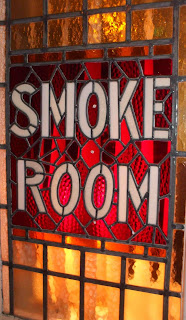 Time for a change in the law to save the pub?