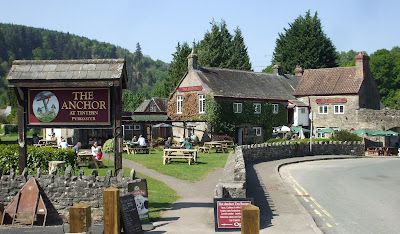 Every so often I come across one of those pubs that I have not been to for years, one which I had avoided due to bad beer, poor service or it smelt of fish. The Anchor in Tintern, Monmouthshire was one such pub, having been run a few years ago by a couple totally unsuited to the pub trade. One day in the summer I found myself, almost by accident in Tintern and decided to give the Anchor pub another go. I'm glad I did, as the Anchor has a new owner, the pub is no longer a Punch Taverns/Pubmaster tied house but a genuine free house.
Standing almost in the shadow of the historic abbey, the Anchor incorporates a medieval gate in one part of it. Although the most of the building is a later structure, there are still some unusual features to be found inside, the most unusual being the round stone-built horse-drawn cider mill in the bar! 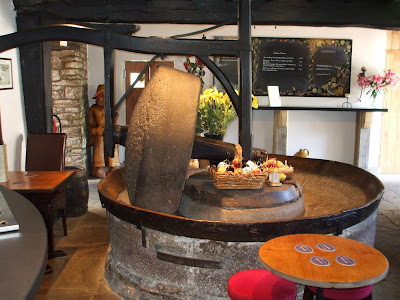 Flagstone floors, blackened wooden beams, thick stone walls and a slate bar top with 5 gleaming handpumps on – Wye Valley HPA the perfect thirst quenching beer for a Summers Day, or any other day for that matter. Also on the bar were Butty Bach, Bath Gem and Weston's Old Rosie together with bottles of Severn Cider. 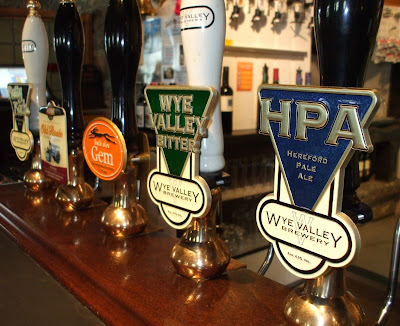 A good pub doing well under new ownership after a sympathetic refurbishment. Menu looked good as well. As for the view from the beer garden: 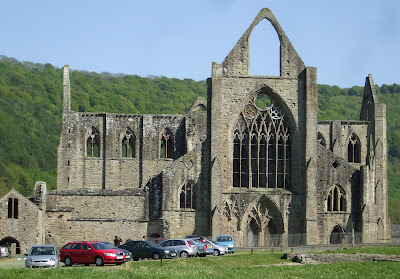