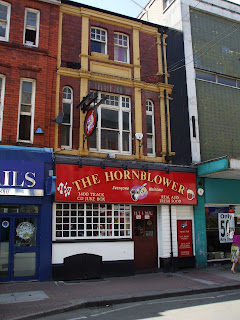 The Hornblower pub on Commercial Street, Newport has closed again after a brief period being open. The Admiral Taverns-owned pub was once famed for its good real ales but after a succession of bad landlords, most of whom had problems with their own personal hygiene, let alone managing to keep their pub clean; customers drank elsewhere. Although according to a regular in the pub this time the closure was due to the tenants buying drinks from companies other than Admiral Taverns. So another closed pub in Newport City Centre. The City Centre is looking quite dire at the moment with the Windsor Castle closed for most of the time and the freehold up for sale. Close to the Hornblower, the Prince of Wales is also closed as is the King Billy (William IV). The shops are empty and being used as art installations and the local council seem to be counting on the forthcoming Ryder Cup to boost the City when it comes to the Celtic Manor Hotel later in the year, although given the state of the City Centre I cannot see any tourists wanting to spend much time here. 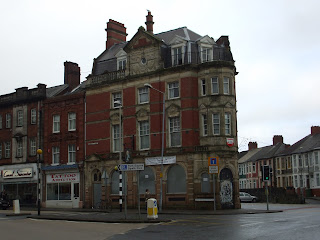 Not that you would want tourists spending time in the Hornblower,where staff had the greatest difficulty in keeping glasses clean and even told a customer to F off when he asked for a clean glass. Nice.
Right: The boarded up King William IV


Below: High standards of hygiene were always present in the Hornblower 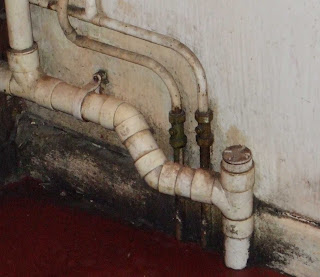 And that mould-ridden area was behind the bar.

It was a biker's pub, and speaking as a biker from the 70's I don't think it's fair that we should tolerate bad hygiene and service because of who we are and how people stereotype us. Heard it's a biker's pub again now, new owner take note.