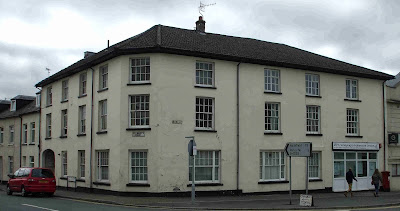 Once known as the London Apprentice Inn, this was first recorded in 1787 and by 1914 it was owned by Rhymney Brewery. The pub was converted into flats in 1978 and is now known as St Mary's Court.

NB This was a particularly difficult building to identify as on the original disk, purchased from ebay, the location of the pub is given as Cardiff, however the photos are definitely of the Abergavenny pub! 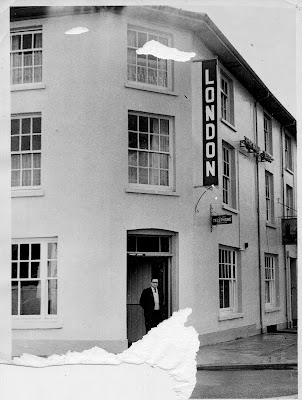 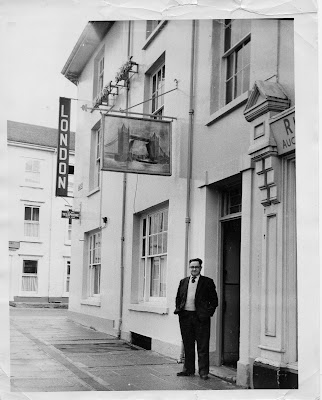 Labels: Abergavenny, Now and then

This pub was managed by my grandparents Bert and Lena Henwood up until its closure, it was quite an adventure when we visited as the hotel had quite a lot of unused rooms for myself and my brothers to explore, the archway at the side led to the old stables which I imagine go back to times when people would arrive at the hotel in horse drawn vehicles, the fire station was very close so a lot of the regulars were firemen, the pub had a mynah bird called ringo who was kept in the back room as he was so noisy, he had a number of phrases such as "any more messing and i'll throw you out" or "time please" but the one I remember most was when he would ask "where's Michael?" he would then reply to himself "up the city" followed by a tuneful whistle.
Jon Davies
Pontypridd