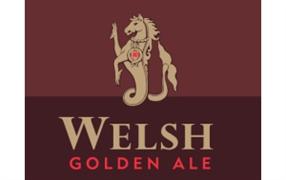 This hoppy, refreshing ale is brewed with Challenger hops to create a bitter beer balanced by a vibrant citrus from late-hopped Cascade and Styrian Goldings.

The design of ‘Welsh Golden Ale’ is in keeping with the Marks & Spencer range, and draws on the heritage of Brains, Cardiff’s most famous brewery, with the emblem of the sea horse which graces Cardiff’s coat of arms.
Paul Harvey, Head of Multiple Retail Groups said; “This is our first private label beer and we’re proud to be part of the Marks & Spencer range. In creating ‘Welsh Golden Ale’ we were able to use our 15 barrel craft brewery to conduct trial brews. This demonstrates the craft brewery’s importance in enabling us to trial new beers, which further highlights our brewing credentials and drives our awareness across the U.K.”
Jenny Rea, Marks & Spencer’s Beer Product Developer said: “We are delighted to add this new Welsh Golden Ale from Brains Brewery into our regional beer range”.
TASTING NOTES:
This hoppy, refreshing ale is made with Challenger hops to create a satisfying bitterness that’s perfectly balanced by vibrant citrus aromas and a delicious complexity from the late-hopping Cascade and Styrian Goldings varieties. Enjoy this golden ale with light dishes like white fish or a chicken salad. It also works really well with cheese.