Knackers Yard for the Black Horse 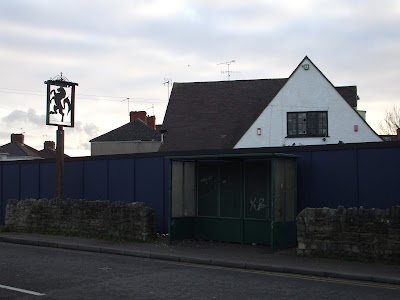 Knackers Yard for the Black Horse
The site of the Black Horse, 56 Somerton Road, Newport, NP19 0JE, has finally been given permission to be converted into a Tesco Extra.
The Planning Inspectorate allowed an appeal by Tesco to convert the former pub into an Express store, despite over 500 locals objecting and Newport Council originally refusing planning permission.
According to Anthony Thickett of the Planning Inspectorate under the Town and Country Planning (General Permitted Development) Order 1995 the change of use from a public house to a retail shop is a permitted development does not need planning permission.
The pub itself closed about 5 years ago, another success by Admiral Taverns, and has lain empty and subject to vandalism despite being boarded up since then. This will of course effect the condition of the building and it may come as no surprise that the entire building may have to be demolished as Tesco may consider it to be unsafe. 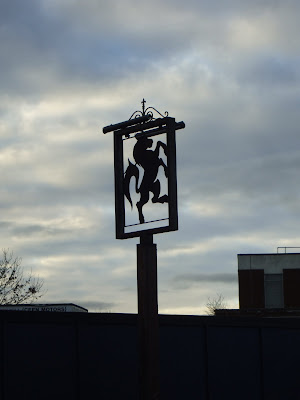 The Black Horse was first mentioned as a pub in 1872, although it was rebuilt in 1913. Owned by local brewery Lloyd & Yorath, who were later taken over by Ansells Brewery, the pub later fell into the hands of Punch Taverns and Admiral Taverns. The Black Horse is situated in a large residential area -Tesco would not put an Express store anywhere else - so it was always a bit confusing why in later years this pub failed. I understand there were 'landlord problems' with the previous tenant but I can remember this pub as a thriving Ansells local, serving Tetley, Worthington and a guest beer, together with good value meals. Of course this all changed with Admiral – the beer range altered, the food went by the wayside, takings dropped, no money was spent on the upkeep of the building etc. Similar problems can be witnessed with a lot of closed Pubco pubs around the area. The nearby King (ex-Courage) is awaiting demolition after having part of the roof removed a few years ago, no doubt after the original planning permission for demolition was refused, the owners decided to slight the roof and damage the building so that it becomes unsafe and has to be demolished. The Corporation (ex-Welsh Brewers) has been converted into flats and the Victoria is only open weekends. If the owner of the Victoria on Nash Road wishes to increase his trade then there are a few simple things to do – get rid of the grubby net curtains from the windows and clean the chalkboard outside the pub – it still says the pub does meals and accommodation despite not doing anything for years.
Things are not all bad in Lliswerry/Somerton though – the Ferns has become a pub after years as a private members club and is thriving with drinkers spreading out in the garden during the summer and a growing reputation for good food. The Man of Steel pub also appears to be successful with their cut-price menu. The Black Horse may be going to the knackers yard but things are looking up for the few pubs that are left.
Google Map:
View Larger Map