The Purple Moose Brewery of Porthmadag have scooped another award, this time at the Brewing Industry International Awards held recently in Burtin-upon-Trent.

According to their website, "Purple Moose Brewery is immensely proud to have been awarded the Bronze Medal, Class 2, in the International Dark Beer Competition at the Brewing Industry International Awards 2011. This is the first time the competition has run in six years and, returning to Britain, it was hosted at the National Brewery Centre in Burton-on-Trent.
This is the most prestigious worldwide beer competition and it receives entries from breweries large and small. The beers are judged by a panel of highly respected, experienced fellow brewers from around the globe. Run since 1886, this event is often dubbed ‘the Oscars of the brewing industry’ – and with good reason. An award is recognition by fellow professional brewers that a beer is an outstanding commercial example of its style.

Brewery owner Lawrence Washington attended the awards announcement in Burton, on Friday afternoon. Having only been brewing for five and a half years this was the first time that Purple Moose Brewery has been able to enter this competition. Lawrence commented, "We have been rewarded with a number of accolades for our beer in the relatively short time we have been brewing, but to be awarded a medal at these competitions is something very special. I am extremely proud of what my colleagues and I have achieved here in Porthmadog. Ultimately it serves as great assurance for our customers that our beers are among the very best in the country, even the world."
The full list of winners is available here. 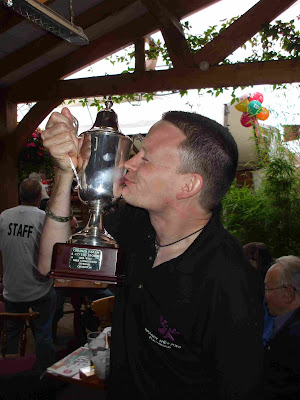