A visit to Tennent's Brewery

Tennent's Wellpark Brewery stands on an historic site, just to the East of the City, below the hill of the Glasgow Necropolis. Tennent Caledonian is owned by C & C Group plc, the makers of Magners Cider. Brewing has taken place here since at least 1556 under Robert Tennent, making it Glasgow's oldest business. Founded as H & R Tennent in 1740, the business expanded in the 1790s when a neighbouring brewery was bought and the 5-acre site was renamed the Wellpark Brewery. By the mid-nineteenth century, Tennent's were the world's largest beer exporter. Tennent's Lager was first brewed in 1885. 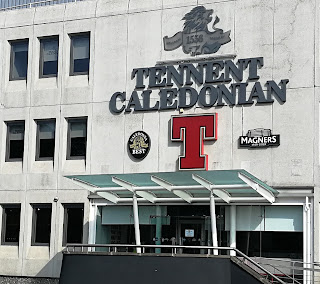 The company was bought by Charrington in 1963 and merged with their other Scottish interets to form Tennent Caledonian Breweries, later it became part of the Bass Charrington Group, sold to Interbrew (later Inbev) in 2000 and in 2009 C & C Group purchased it. What is unusual for a brewery of this size is that they run brewery tours and popular ones at that, so it is worth booking in advance if you want to see a brewery of this size.

It's also worth walking around the outside of the brewery as the walls and hoardings are taken up with the history of the site. 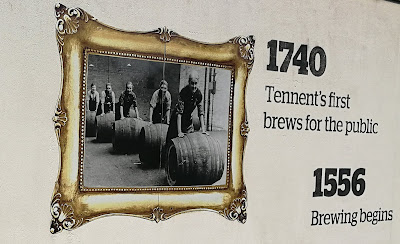 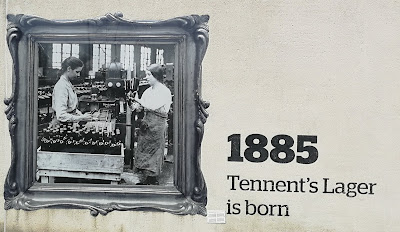 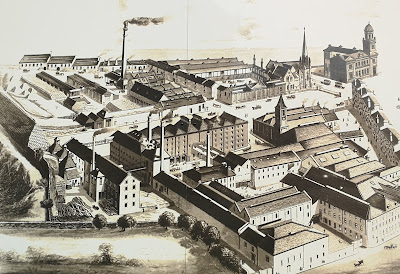 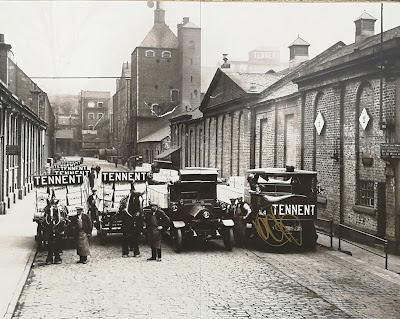 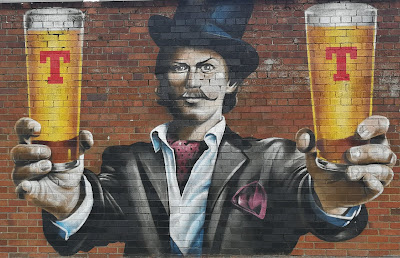 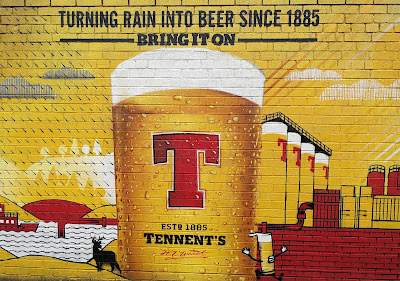 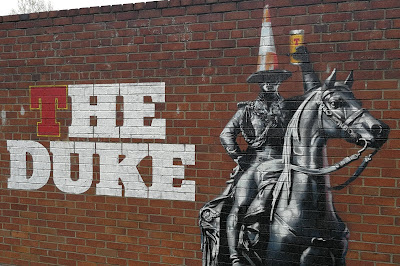 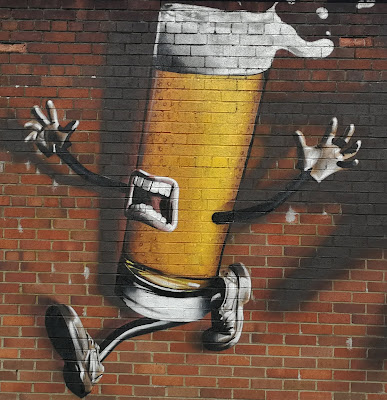 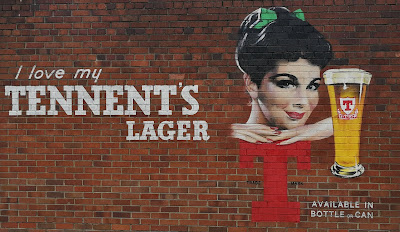 What would otherwise be a non-descript brick wall is given over to local artists to commemorate Tennent's advertising of the past. 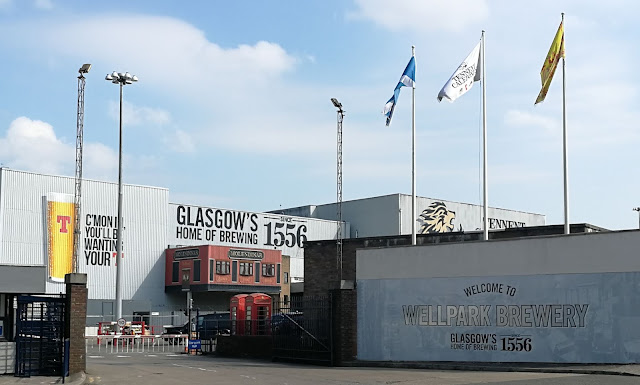 Onto the brewery tour, which starts in the Heritage Centre and features a museum of Tennent's memorabilia and a collection of their television adverts. Not having lived in Scotland I did find these adverts quite fascinating. Luckily the brewery have also uploaded their television commercials to You Tube, 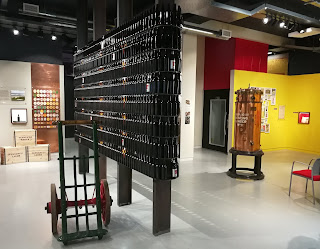 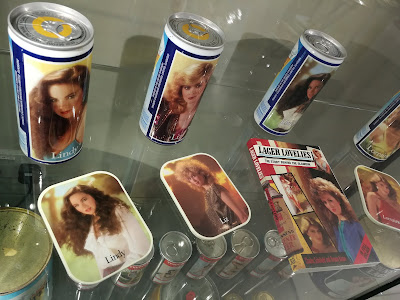 Inside the brewery complex, the oldest building on this site is this which is today houses the laboratories. 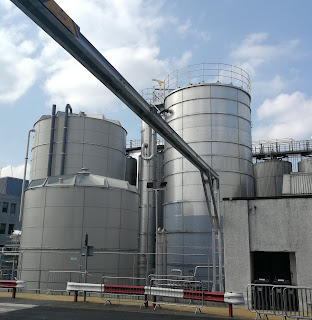 Not part of the brewing process as such, these tanks are bio-digesting the waste yeast, providing power for the brewery. 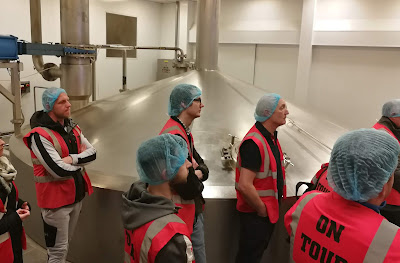 The mash tun above and the filters below: 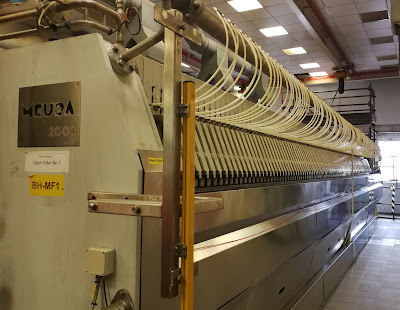 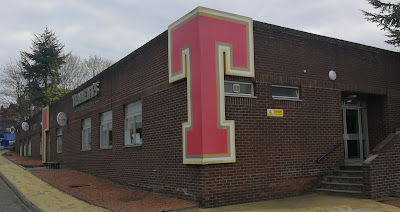 The "T" is everywhere! 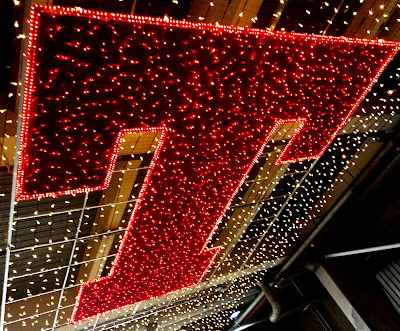 Unfortunately, no photography was allowed on the canning line so it was back to the bar for a tasting and a surprise! 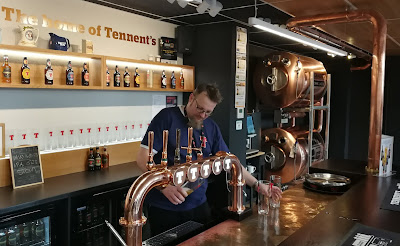 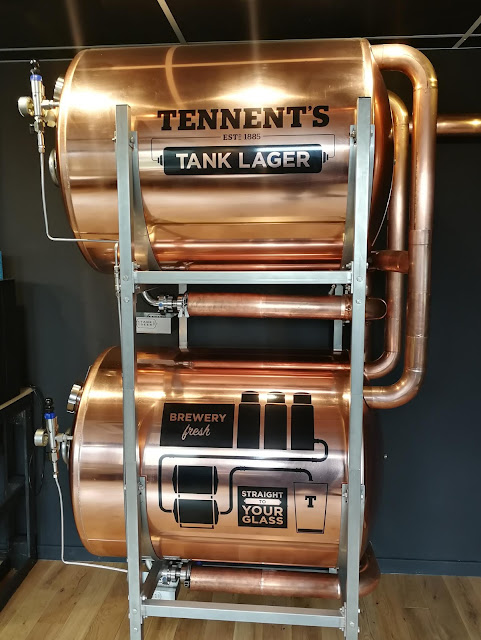 Tennent's produce a unpasteurised lager! This beer is available in a only a few selected outlets. 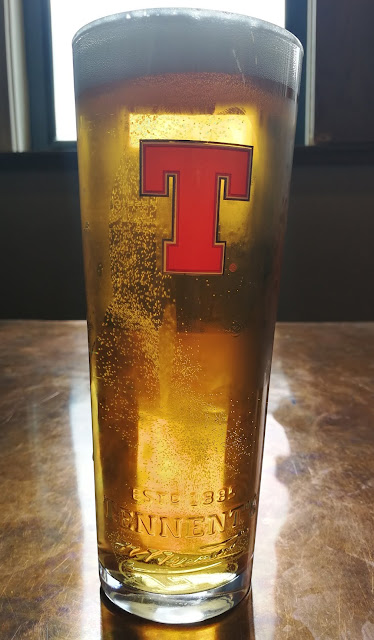 Unlike everyone else on the tour, I had never sampled Tennent's lager before and it wasn't that bad, not too sweet and quite enjoyable. I admit I only drank the unpasteurised version.
An extra to the tour is a further sampling of some of the other beers Tennent's produces, although their infamous Sweetheart Stout was not available on my visit, infamous as it's only 2% and brewed only once a year, it was the only stout available when I was in the Highlands some decades ago and was such a shock to the system I started drinking single malts instead! 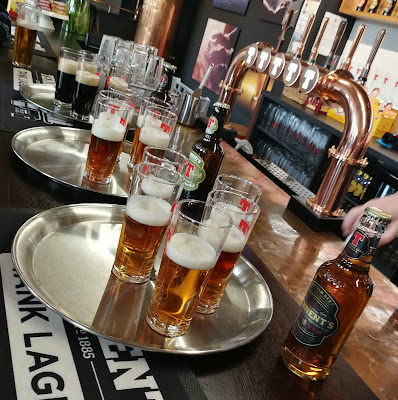 Some of the other Tennent's beers

There is also another brewery adjoining the site, this is the Drygate Brewery, a joint venture between Tennent's owners C & C and Williams Brothers Brewing. This is supposedly the oldest part of the site where brewing started in the 1500s. 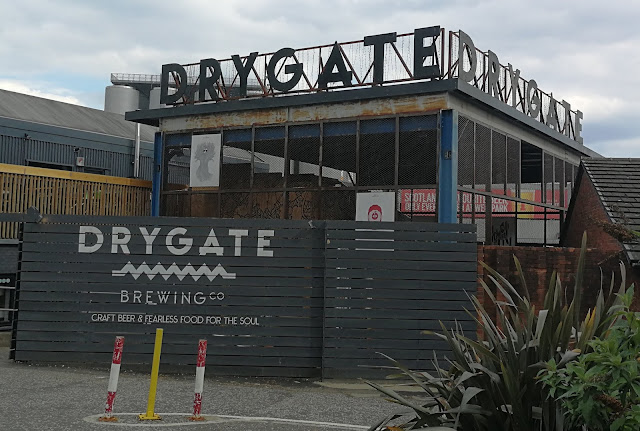 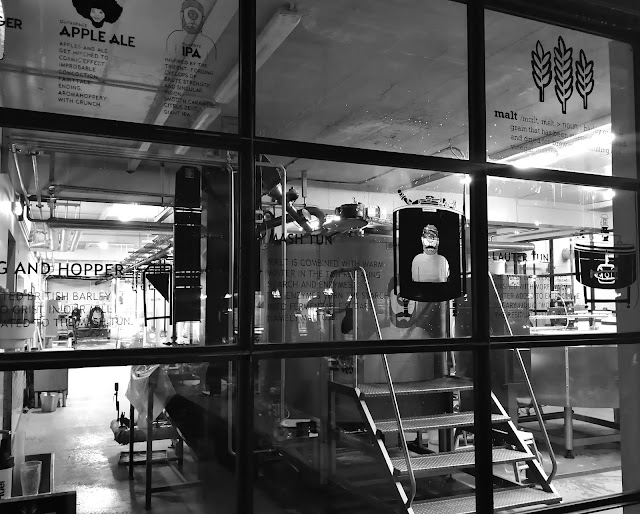 All in all, an enjoyable afternoon discovering breweries (the morning was taken up visiting the Glasgow Police Museum, well worth the visit if in the area)