Now and Then, Farmer's Arms, Abergavenny 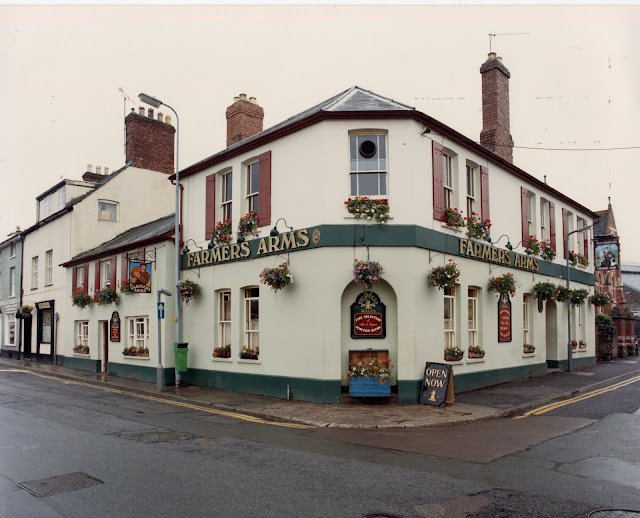 The former Rhymney Brewery pub, The Farmers Arms, 34  Lion Street, on the corner with Market Street, Abergavenny. The oldest part of the pub is the smaller, left-hand side building which dates back to 1865 at least. Was owned by the Charles Edwards Brewery of Llanfoist until their takeover by Rhymney Brewery and the above photo was taken when the pub was owned by Whitbread. In 1996 the pub changed it's name to the Market Tarfarn. The cattle market once stood opposite the pub.