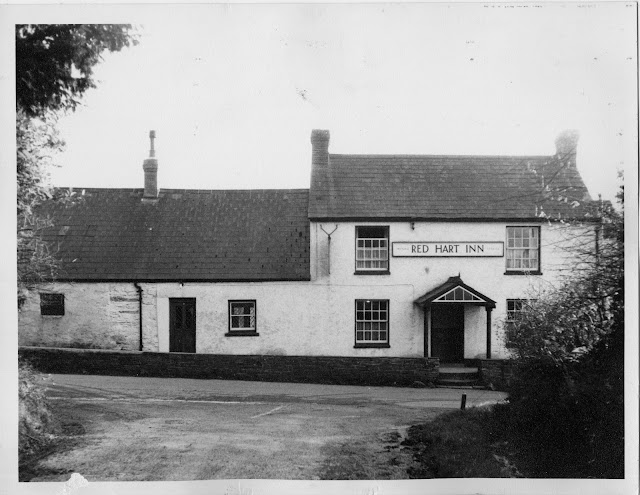 The former Rhymney Brewery pub. the Red Hart, Llanvapley, Monmouthshire, was turned into a private residence without planning permission some years ago.
From Wickipedia:
"The current owners closed the pub in 2002 and applied for change of use to a private house . This was turned down by Monmouthshire County Council The owners appealed to the Welsh Assembly and the appeal was turned down in 2004. The pub was boarded up for a short period after this. Prospects of the pub reopening have not changed since 2004 but the current economic conditions have improved as shown by the success of other local pubs such as the Hogs Head and Warwicks. The owners of the pub applied for a certificate of legal development in 2011 but were once again unsuccessful. The Owners of the Red Hart have subsequently and more recently submitted an application to build 3 houses on ground to the rear of the pub and this further planning application is pending.

The closure of the Red Hart occurred around the time of the closure of three other local pubs, The Hostry Inn, in Llantilio Crossenny, The Halfway House, in Talycoed, and The King's Arms, in Llanvetherine. The Halfway House reopened in summer 2007 and is now known as Warwicks. Being a rural community the pubs in this area are the heart and soul of the villages, providing villagers with socialisation, inclusion and improving relations and quality of life. The villagers feel strongly regarding the closure of the pub and would like the Red Hart re-opened for the benefit of the people of Llanvapley and surrounding areas as well as visitors to the area. Those with a very long memory will remember The White Swan, a pub once situated 1 mile outside the village towards Abergavenny, which for many years now has been a private dwelling. Llanvapley is situated on the old main road from Abergavenny to Monmouth, hence the once abundance of pubs along this route to quench the thirst of herders and farmers going to market."
More news from 2012 here

UPDATE: The Red Hart reopened in late 2019 after a closure of 17 years! Follow them on Facebook, or better still visit when you have the chance!