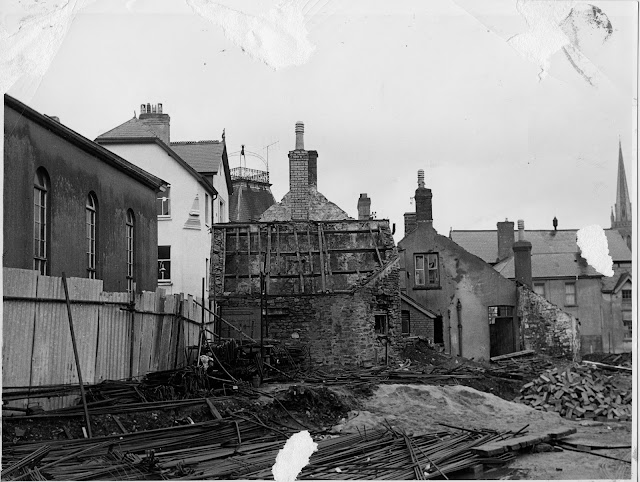 The above photo shows the rear of the former Green Dragon Inn after what appears to be a fire, Had a few problems identifying this location but the windows of the Methodist Church on the left, the cast iron decorative railings of the Constitutional Club roof and the spire of St E;vans Church are all visible from this angle. Added to that the road off High Street is called Green Street. The old photo was slightly to the right of the Google Street View image. 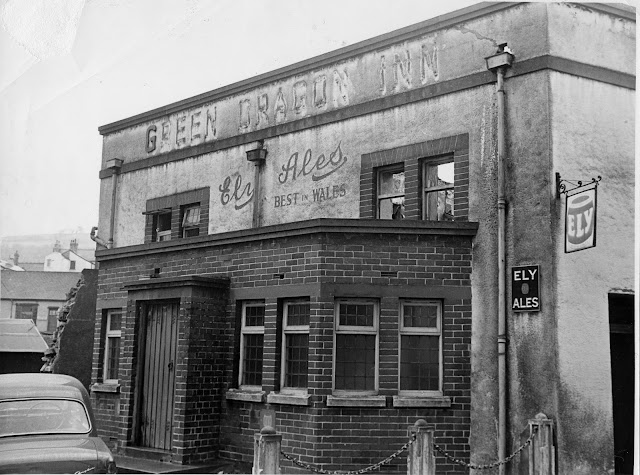 The frontage of the Green Dragon shown in it's Ely Brewery. painted before the takeover by Rhymney Brewery in 1959