Above: Scene from the Musuem, looking North
As the centre of Newport undergoes demolition and rebuilding, the footings of the medieval Austin (Augustinian) Friars have been uncovered after being buried underneath the bus station for years. So, you may ask, what has this got to do with this blog? 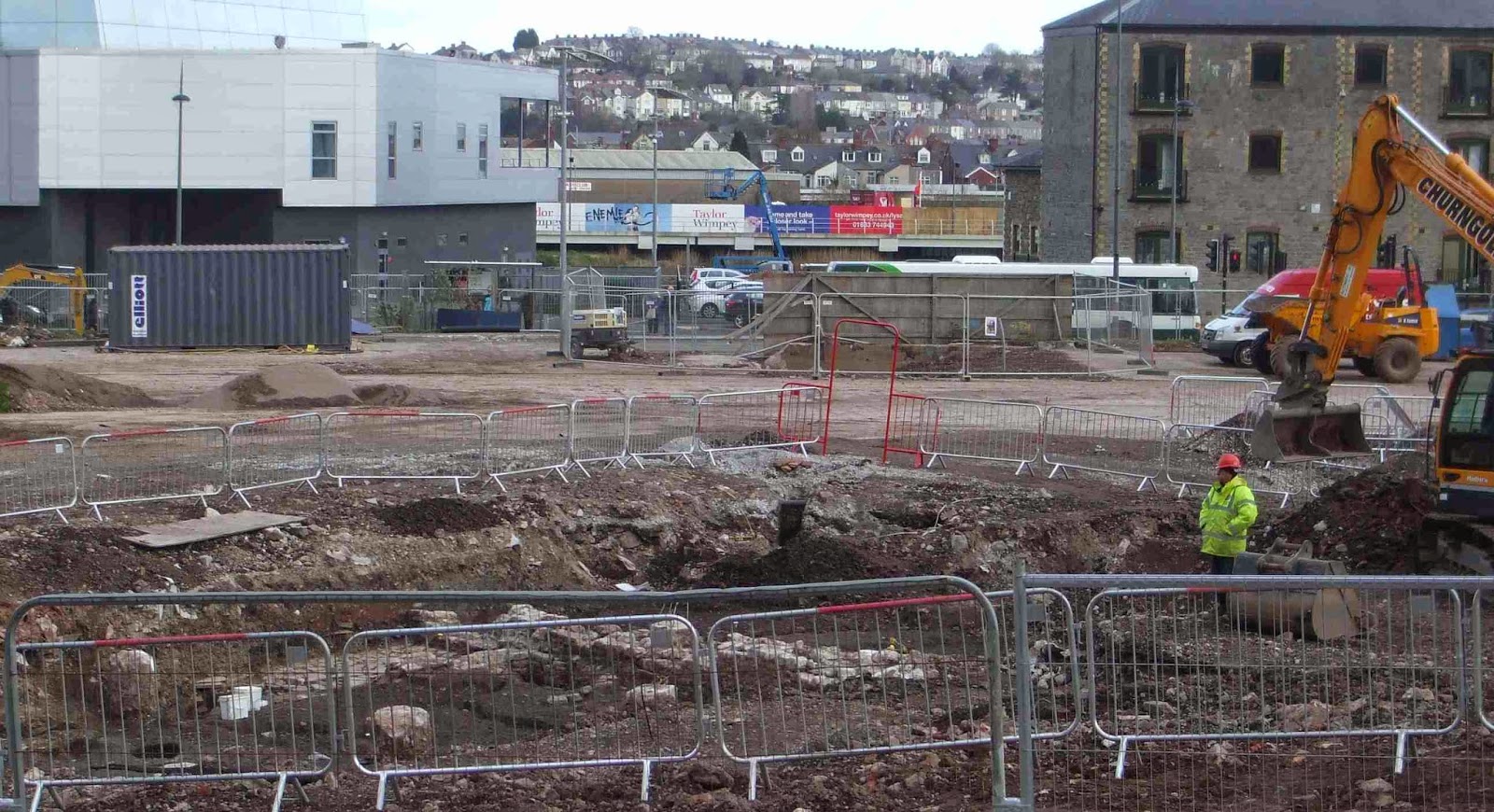 Well by 1801 William Coxe describes the buildings as a cider mill and in 1809 it was known as the Old Red Cow and also brewed its own beer. There is also mention of a cider press in the buildings.
Being situated close to the Monmouthshire and Brecon Canal (the address of the pub is given as Canal Parade in 1835), this seems to be prime territory for a pub, although it was described as 'Notorious'! 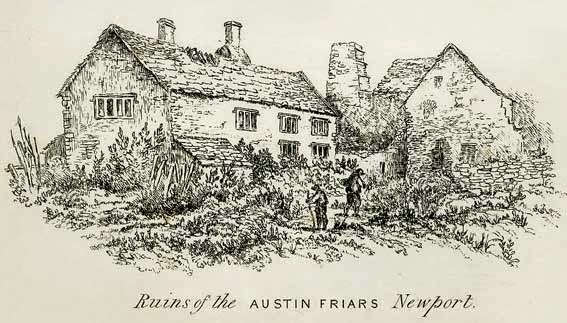 The pub lost its licence in 1842, Monmouthshire Building Society later used the buildings before they were demolished in 1860 by Newport Corporation. The foundations were only visible for a few weeks until they were covered up again, with the new Friars Walk shopping centre being built over the site.