British Taverns and the Cross Keys

I recently purchased a copy of "British Taverns, Their History and Laws", published in 1928 and written by a Lord Askwith. The first page, reproduced below, mentions a Cross Keys pub near Caerleon, which made me wonder where this pub was situated? 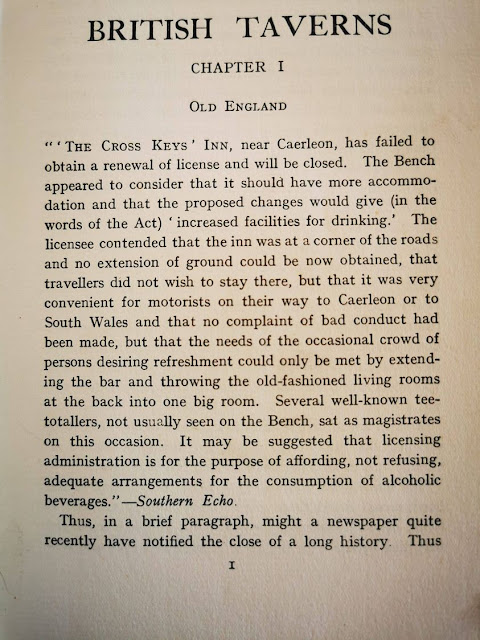 The Cross Keys in Usk and Cross Keys are still with us and Blaenavon is hardly near Caerleon so that leaves us with Llansoy, a village famous for, well, not much really, apart from an Iron-age hill fort. The pub can be found on an old OS map 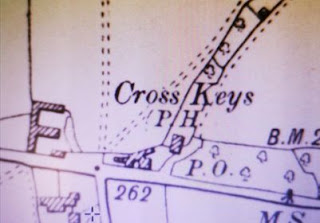 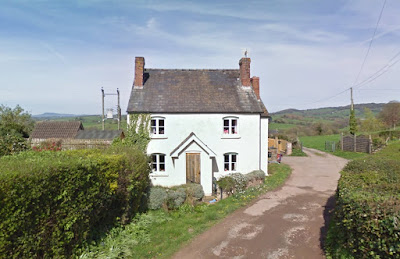 Picture taken from Google Street view as the former Cross Keys looks today
Llansoy is hardly "near Caerleon" but this pub seems to be the one in question as the roads give it no where to expand to. In the following pages, Lord Askwith takes us on his presumed history of the pub, from the time of the Roman Conquest to the time it loses it's license. Quite a bit of poetic license is taken in that story as the building is probably only a couple of hundred years old and only became licensed after the Beerhouse Act of 1830. About a mile away, the Star, Llanfihangel-Tor-y-Mynydd claims to have sixteenth century origins. Oh well, back to the book!