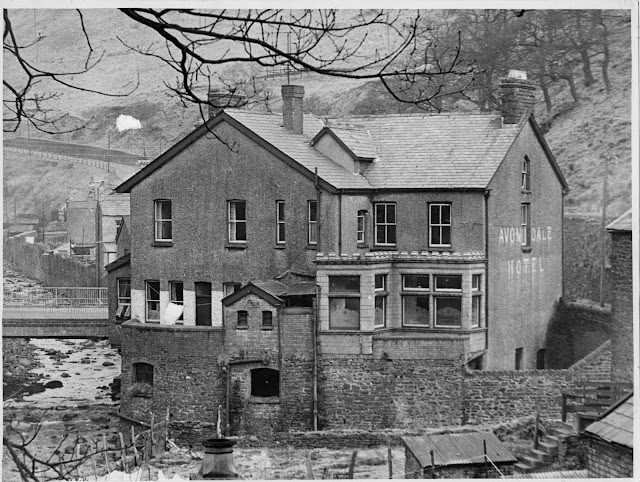 The Avondale Hotel in Avon Street, Cymmer, Neath Port Talbot UA has changed it's name to the Welsh spelling Afandale Hotel and the history below is taken from it's website. Another former Rhymney Brewery pub
"The Afandale was built in 1877, originally a hotel in the heart of the bustling mining village of Cymmer. It then became a pub, indeed one of many pubs in Cymmer which on a Tuesday night was one of the most popular areas in South Wales. Following its many years as a pub, the Afandale became a gym and boxing club. The Afandale then became a pottery and a craft shop until the 1980/90’s. Finally it has now turned a full circle and become an accommodation provider again."