The award-winning Waen Brewery of Llanidloes have opened their second pub after the success of their Gravity Station in Cardiff.
The former keg bar the Strand, on, surprisingly the Strand, which runs parallel to Wind Street, has only just opened and offers up to 7 real ales and up to 12 different keg beers as well a wide range of bottled beers to take home or drink onside.
The outside of the pub resembles the usual 1920s redesign of Swansea pubs and this building was originally the site of the Cornish Mount pub way back in the 1870s, before that the river Towy lapped the doorstep of the pub, the river course was deepened and narrowed to allow larger ships access to the copper works upriver.
Expect beers from Waen, Hopcraft etc as well as a real cider.
Entertainment is supplied by a record player! 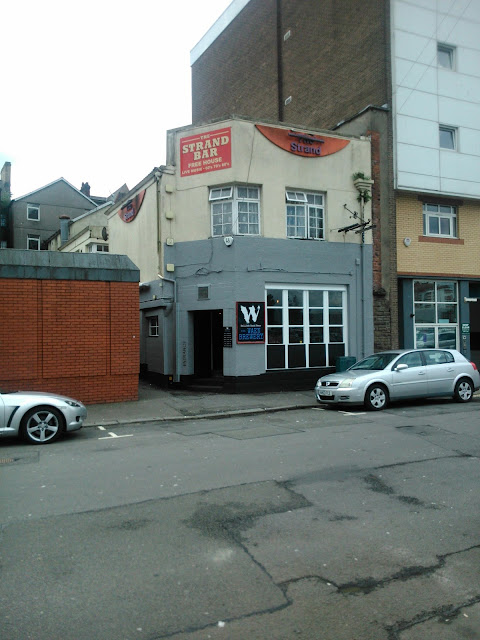