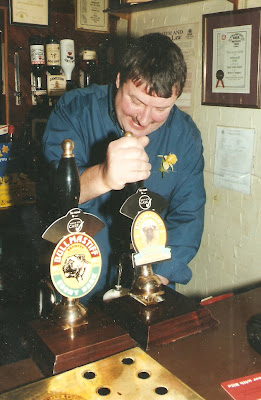 Bob Jenkins, owner and head brewer of the award-winning Bullmastiff Brewery of Cardiff, will be holding one of his regular 'meet the brewer' sessions at the Bear's Head pub in Penarth tomorrow night (Wednesday 30th April) from 1900hrs.

Bob will be sampling some of his beers and answering questions from inquisitive customers at the JDW Wetherspoons pub:
Bear's Head 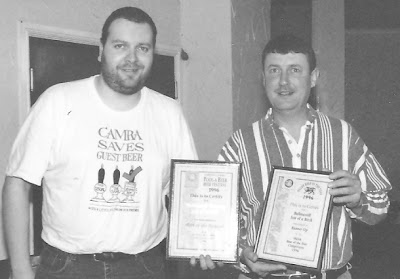 Whilst looking for a photo of Bob to use for this piece I came across this old photo from 1996! Taken in the days I had hair and designer stubble! The awards are for Beer of the Festival at the one and only Poola Festival, held at Pontypool Rugby Club and for runner-up in Champion Beer of Wales Competition.